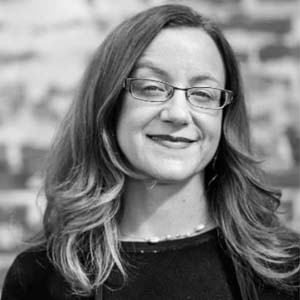 From the time she was old enough to hold a brush or twist strands into a braid, Alexandra has spent a lifetime following her passion for hair. Alexandra has been slinging hair in the Berkeley area since 1994, and has been the owner of Elixir Salon since 2002. Alexandra’s decades in the business have given her a firm grasp on what clients want from a stylist and a salon. Because your hair is the accessory you display every day, Alexandra and her team are committed to making the most of your natural attributes. Alexandra is committed not just to your well-being and appearance, but also your health and that of the environment. Alexandra has ensured that Elixir follows green practices and uses and retails companies that are environmentally sustainable. Your 100% satisfaction is most important to her and she personally guarantees the satisfaction of every client, every time. In her free time, Alexandra loves dogs, coffee, fitness, and going to Death Angel concerts with her friends. 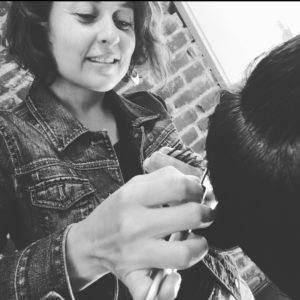 I love working with my hands. I enjoy the process of playing with hair, having it speak to me. When someone sits in my chair, there is a surrender, they feel relaxed. I help create that feeling for them. I take charge of their hair. You are the queen or king, your hair is your crown! I am humbled by my role in this relationship; I’m also grateful for it and excited by it too. 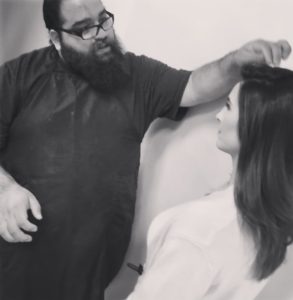 Steve Elias was born in Southern California but relocated to Mexico for most of his childhood. After heading back to the United States, Steve completed cosmetology school while finishing high school. After apprenticing at Festoon, a Vidal Sassoon Salon in Berkeley, Steve moved on to do editorial work—his true passion. You can see his work featured in trade publications such as Beauty Launchpad, The Colorist, Estetica American Salon, Modern Salon, HOT mag. His editorial work has been featured in Italian Vogue Sposa, Harper’s Bazaar Italy, HI-Luxury mag, Tantalum mag, 7×7, 944, Chaos, Bleu, Dimension, Fantastics, Pref, Prim, Winq, and Men’s Vogue magazines. Some celebrities he’s worked on include, Hilary Swank, Demi Moore, Anne Heche, Petra Nemcova, James Kyson, Joanne Kelly and Salli Richardson to name a few. He is a frequent beauty expert / contributor to beauty blogs and also a guest artist to some of the biggest hair care brands in the world. Having done global campaigns for N4 high performance Haircare and Olivia Garden Hair Tools. He was a North American Hairstyling Award winner for Texture in 2007 and Editorial Stylist of the Year for 2010; Steve has been a finalist 10 years running amassing 12 nominations, and for the last four years has been guest judge! He currently resides in Sacramento and works on Saturdays at his longtime hair-home (14 years) Elixir. Steve is represented globally by CloutierRemix. 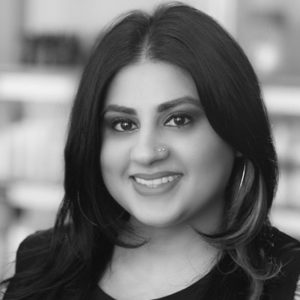 I absolutely love what I do. I think that’s because I’m a creative, driven person. I always want to be the best at anything I do; and I love color; and working on different types of hair — the more challenging, the better. When I meet and exceed a client’s expectations, it’s rewarding! One of my favorite compliments was from my client, Anya Fernald, who is the founder and CEO of Belcampo Meat Co; she said, “If you could cook as well as you do hair…!”

I have ten years experience in hair. I graduated from the Cinta Aveda Institute in 2009 and I’ve taken multiple hair classes, including hair theory, color class, and I am currently taking a watercolor painting class at Laney — which is also inspiring my hair work. I’ve also had in-house training in customer service skills.

Beyond technical skill, I would say one of my strongest talents as a hair stylist is reading people. I can tell if a person wants a real change or is just going through a stressful time, and they really don’t want to cut all of their hair off. When I DO get the green light to use my creative hair magic, that’s when I get really great ideas. 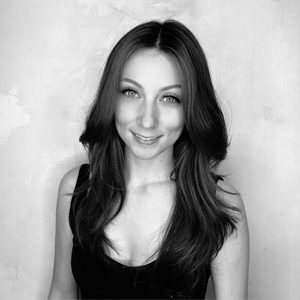 Hi, I’m Mary! I’m a Bay Area native, and I’ve had a love of hair for as long as I can remember. Growing up, whenever I heard I was getting a haircut I would get so excited! I loved watching our family stylist cut hair and mix color up, —I thought it was magic. I started my hair journey in 2011, relocating to Atlanta, Georgia and beginning an apprenticeship under a master stylist at an Aveda salon. I learned that I didn’t just love hair, I love caring for others, creating and making magic of my own. I have an affinity for long, layered hair, lived -in balayage, and big transformations! 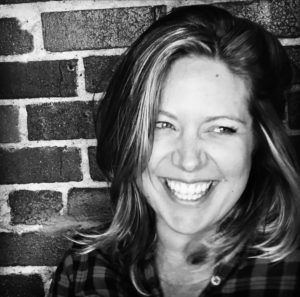 Each client’s hair color and texture inspires me to create a unique look, that they’ll love and suits their lifestyle. My passion for creativity collaborates fantastically with my razor sharp attention to detail, in the realm of hair. Sharing techniques for proper hair care, as well as, fun easy ways to style your look at home, come free of charge with every appointment! I love working as a stylist and strive to deliver a relaxing experience, leaving y’all feeling refreshed, awesome, and ready to conquer all! 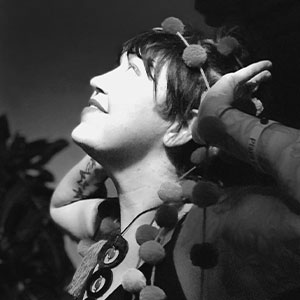 Melody is an inspired and creative stylist who draws from the beauty of nature and the vibrancy of the people and the world around her.  born and raised in Miami, Florida, melody embraces her multi-cultural approach to designing hair in the bay area.  with a background in biology, music and interior design, hair coloring and cutting comes naturally.  her diverse pool of experiences enhances her skills and her caring nature makes her a great listener and a wonderful stylist. 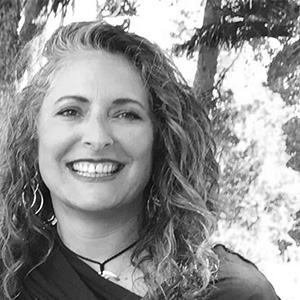 A little about me: I’m creative, curious, intrigued by people, their look, their behavior, and their beliefs. I’ve been loving connecting and collaborating with my clients for dare I say it, 30 years! As a hair artist, I enjoy coaxing out your inner beauty… your existing intrinsic radiance if you will. While I have an affinity for nature, including…natural curls, and natural colour (YES this includes you silver foxes, I can help you embrace that silver, or cover it up!)  I strongly believe in having fun enhancing what you’ve been given, and let’s face it- hair colour is a gift worth playing with!  I get super excited about colour and often thrive on a good colour correction. (it’s ok, you can put down the box colour now, we’re open, and I’ve got you!). So what’s keeping you from having the look you’ve always wanted? I can even give you length and fullness too, just ask! Let see if we can make your hair dreams happen. <3 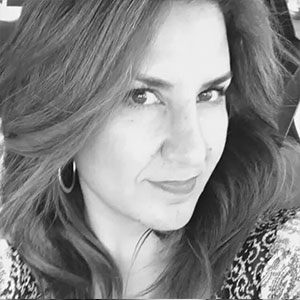 Tania is a Berkeley native and has worked at Elixir since 2006! She can often be found with her rat terrier, Henry and loves 80’s music. Tania works Thursday and Saturday and specializes in natural looks, time efficiency and short hair. 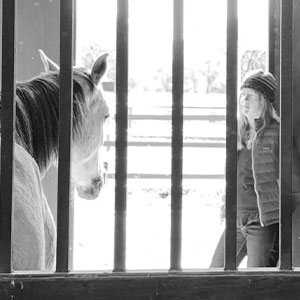 I’ve been on a personal journey of conscious healing and awakening for 25 years and a certified healing bodyworker for 24 years. This deepens my understanding, sensitivity and compassion for others.
My passion is in sharing the terrain I have traversed thru this work. I have extensive education and certified training. My work is my life’s work. My own path of healing and transformation have led me to the realization that we all have the potential to heal and awaken, I offer guidance in that process. We all are able to to open our hearts, and experience the truth of who we are in wholeness and oneness. I explore all of this with you through the body. The body holds every experience and memory, positive and negative, within every cell. Our lives are a reflection of this. Illness, disease and pain are an expression of this. Our body is always showing us where we need to heal, it’s an invitation to go deeper and find true freedom. I share this journey with you.